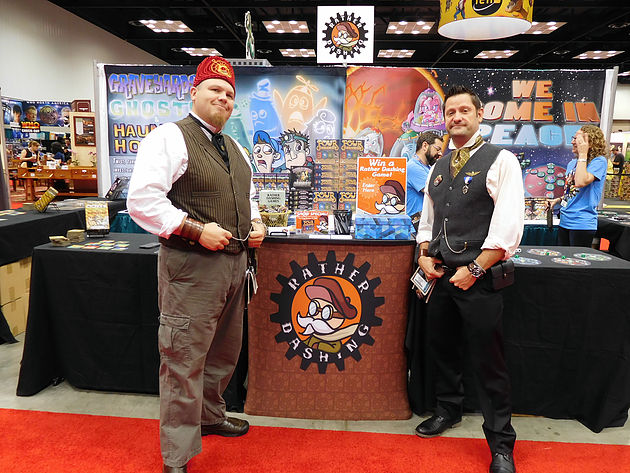 This year marked Rather Dashing Games’ sixth year at Gen Con and it was our best year ever! We had an amazing time demoing our fine games, chatting and playing with fellow gamers, seeing some cool costumes and new releases, and so much more! 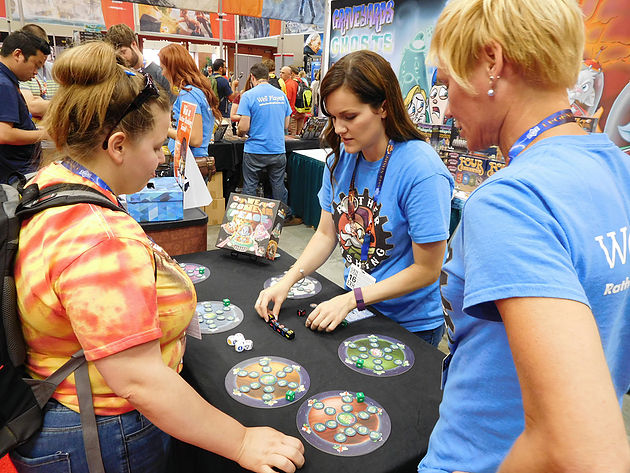 Speaking of new releases, we launched our newest game, We Come in Peace, at Gen Con. It was received warmly and enthusiastically by veteran fans of Rather Dashing as well as many, many new faces. Our booth was crowded as gamers waited their turn to roll some dice and annihilate each other’s planets! A few lucky winners walked away with copies of We Come in Peace and our other games. 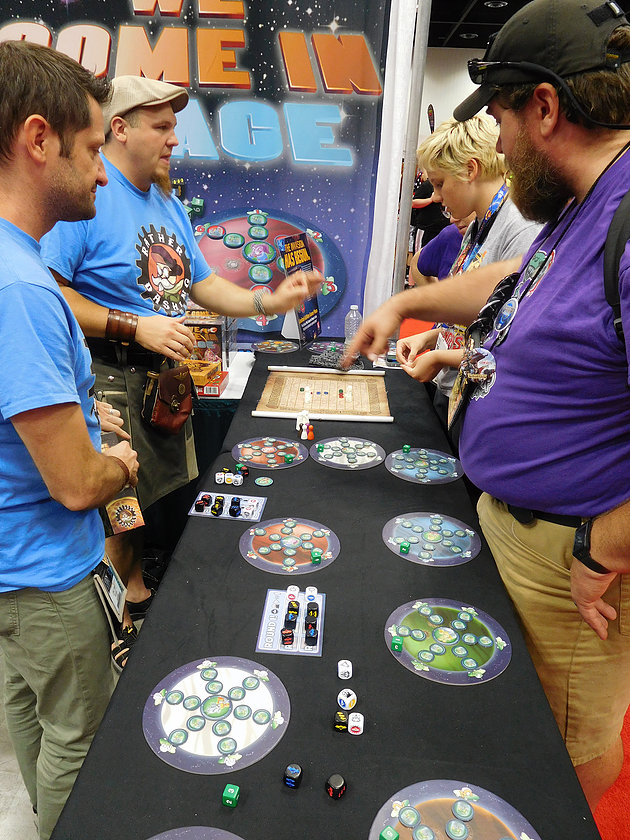 We had some extra fun for the Level 1 gamers. We provided coloring pages in the Family Fun area where kids could try their hand at coloring our cool aliens from We Come in Peace. Several of them brought their drawings back to the booth to show off their artistic skills. 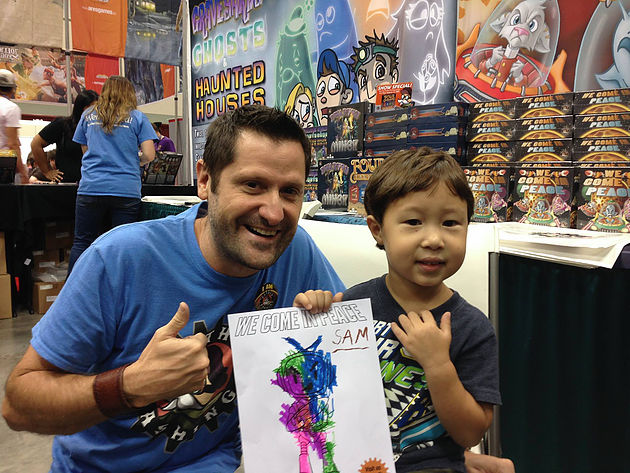 Mike and Grant were busy doing interviews with reviewers and gaming podcasters. Here's Grant's interview with DDO Players. As more become available, we will post them on Facebook and Twitter.

This has been a great year for Rather Dashing and you are all about to see a significant increase in the amount of games we will be releasing. This holiday season we are launching Element, a two- to four-player game where you control the powers of the four elements in an attempt to surround your opponent. No two games are the same in this deeply strategic, but very easy-to-learn game.

Keep your eyes on the horizon for the third installment in our Drawn & Quartered series, This Belongs in a Museum, which will take you into the golden era of archaeology. We also have two expansions planned for the spring, a six-player expansion to Pirates, Ninjas, Robots & Zombies as well as a double expansion pack for our ever-popular Dwarven Miner.

Thank you all for playing our games and following us!