Wakening Lair Card Types (and How to Read Them)

There are several different types of cards in Wakening Lair: Hero, Room, Monster, and Treasure cards. Each of them serve a distinct purpose, but share some common symbology that will help you strategize

All 9 hero types can be played as either male or female. The hero abilities are the same, regardless of gender. Each hero has an archetype, indicated by color, and two Attack type strengths, indicted by the two symbols on the left side of the card. Matching the color and symbols to Weapons, Rooms, and Monsters will give you different advantages in combat.

Each hero has 5 damage boxes down the center of the card. When a Monster attacks your hero, it must roll equal or higher to these numbers in the order they appear, top to bottom, to damage your hero. Cover damaged boxes with red cubes as you take the damage to track your health.

Once all 5 boxes are covered, that hero has died and must be resurrected through special treasure cards (see Treasure below) or the game is over. All heroes must survive for gameplay to continue. 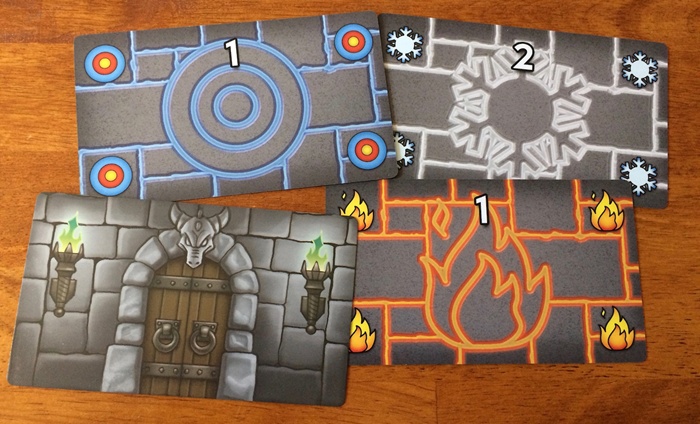 Room cards create the “game board” by being placed in a single vertical row at the center of the table. This is the Lair. All Room cards start the game face down, except Room 1 (the Lair entrance). Rooms are “awakened” at the beginning of each player’s turn by rolling 2D6, combining the total roll, and counting back from the Lair entrance. 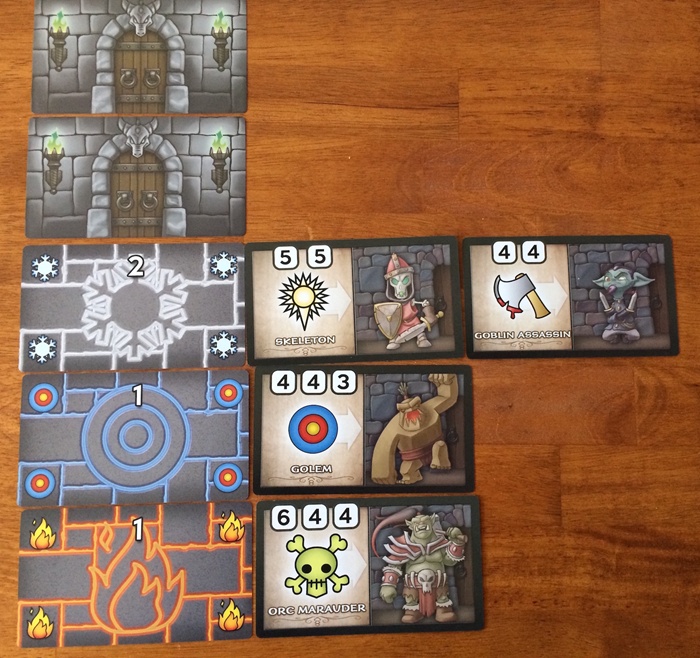 Turn over the appropriate card to reveal the room type (the symbols will match some hero’s attack types) and a number. The number indicates how many monsters were waiting in that room; add them to the right of the room from monster pile. If a hero is in a room with a symbol that matches one of their hero attack symbols, they will get a +1 bonus to EACH dice they roll in combat while in that room!

If you roll a number for a room that has already been awakened, simply add 1 more monster to that room, up to a maximum of 3 monsters per room. 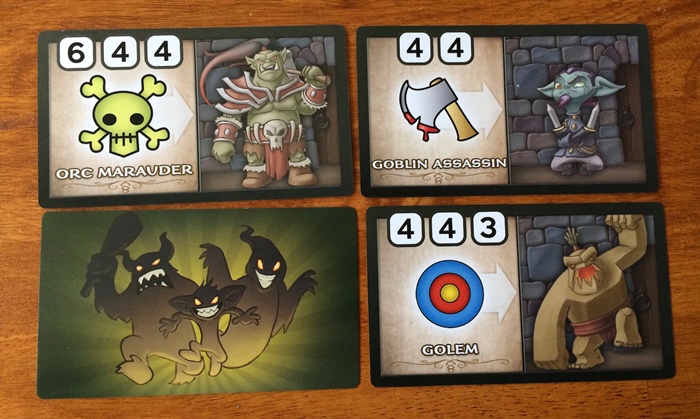 Monster cards are added to rooms at the beginning of each player’s turn when rooms are awakened (see Rooms above). Players must defeat monsters using Attack Actions. Defeating monsters is how heroes obtain Treasure (see Treasure below).

The Monster cards show you which specific Monster you are fighting, that Monster’s Attack Type weakness (indicated by the symbol on the left), and the combat roll numbers required to cause damage to that monster.

To damage the monster your attack roll must be equal to or higher than the leftmost uncovered damage box on the monster card. If you roll multiple D6 (with the aid of a weapon) you start with your highest roll and work through all the dice you rolled individually to see how many hits you landed. It is possible to hit a Monster multiple times on a multi-dice roll.

You may Press the Attack (see Rules p. 6) against a monster whose weakness symbol matches your hero attack symbol. This means if you land a hit on your roll, you may reroll to try to hit again on the same attack action. 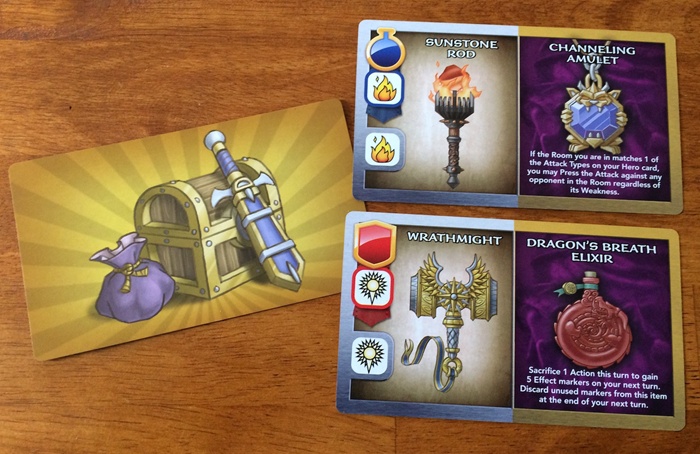 Treasure cards are gained when a monster is defeated. Each card is divided in half and shows a Weapon on the left and a Magic Item on the right. Heroes will “equip” these items by choosing EITHER the weapon OR the magic item and sliding them under their hero card to display the item they chose to equip/use.

Heroes may equip several weapons and magic items, but each hero can only have one of each specific item (e.g. only on set of Beads of the Four Winds). You will want your weapons to match your hero archetype (indicated by color) and hero Attack types (indicted by symbols) as closely as possible. This determines whether you get extra dice to roll in combat.

There are two additional treasure card types – Scrolls of Resurrection and Traps. Scrolls can be used to bring a hero back to life that has taken too much damage to survive. Remember: ALL heroes must survive in order the win the game. Traps are surprises and can wreak havoc on your party. When a trap is drawn, follow the instructions on the card. 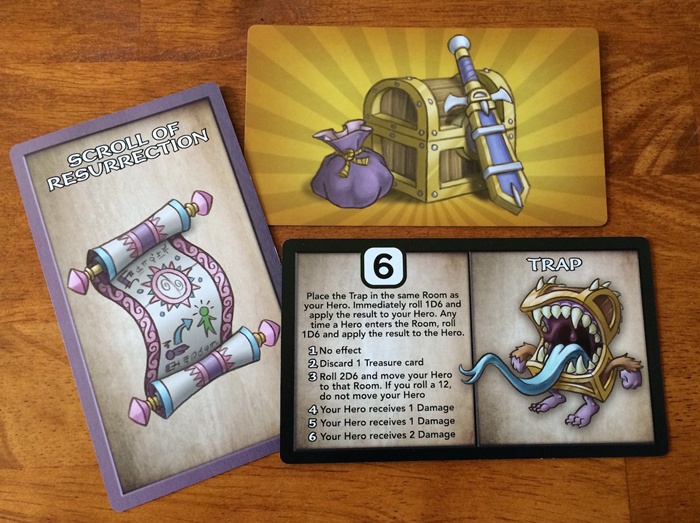 For information on how a combat works, check out our article: Combatting Monsters in Wakening Lair.

Download a copy of the Rules for Wakening Lair.